When it comes to the prospect of the UK voting to leave the European Union, it’s hard to keep a balanced view.

I am privileged to trust Erik F. Nielsen highly. As this Open Thinking did on another occasion (that time we were debating rating agencies and a little bias they might have against Italy), we love to let Erik’s “Sunday Wrap” of 24 April 2016 speak clearly, about why the so-called Brexit would be a much worse prospect for the UK than it would be for the EU. 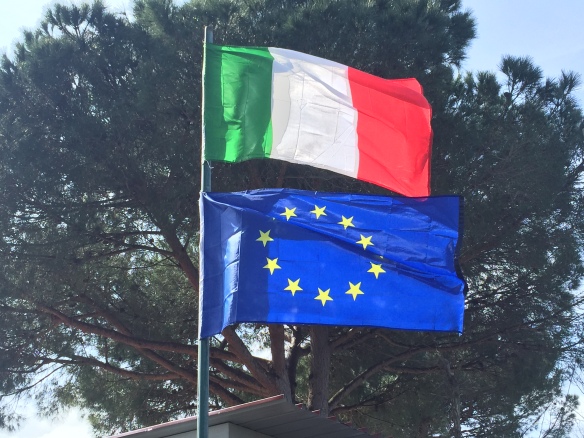 “The number one topic – by a mile – among investors, policymakers and anyone else I come across these days, in London and across the Continent, is the issue of Brexit. The key questions I hear are: Will they or won’t they? And what happens if they leave?  Let me summarise:

The long-term economic impact for the UK of leaving the EU is surely negative. We estimate it would be a net cost to the UK economy equivalent to around 6% of GDP over the next 10-15 years, a similar magnitude to that of the UK Treasury’s estimate.  If you don’t think that’s a lot, then I encourage you to suggest realistic policy measures, which would lift GDP by that amount in perpetuity.

I hear a lot of suggestions that the rest of Europe would suffer significantly as well, and maybe even as much as the UK – although this is an argument more often heard in the UK than on the Continent. I don’t buy it. Europe would be hit by volatility for sure, but the longer-term negative effects would disappear in noise. After all, the EU would maintain all its external trade agreements (apart from with the UK), and possibly trade at a weaker euro. The UK would left for maybe 7-10 years with no trade agreements with anyone, which is not easily compensated for by a weaker pound.”